A leadership team with a wealth of experience across the health care and pharmaceutical industries.

Wells Pharmacy Network has assembled a leadership team with a wealth of experience across the healthcare and pharmaceutical industries as well as additional fields. Their combined knowledge and experience allow them to offer superior science and service capable of meeting and exceeding provider and patient needs and expectations. 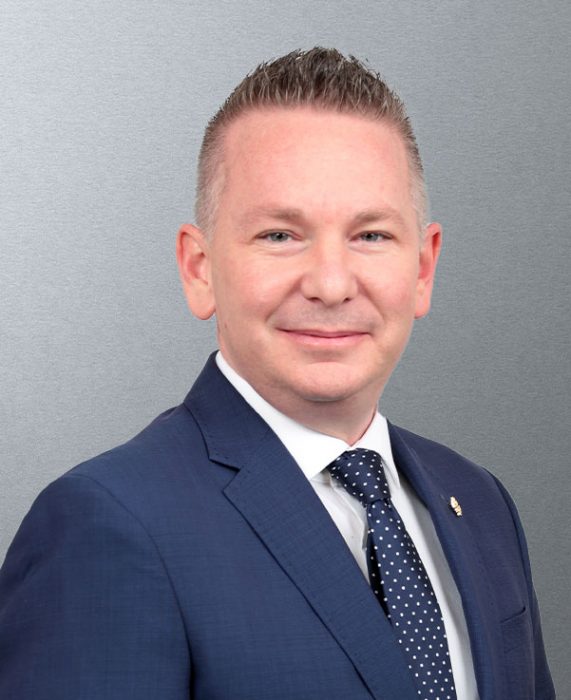 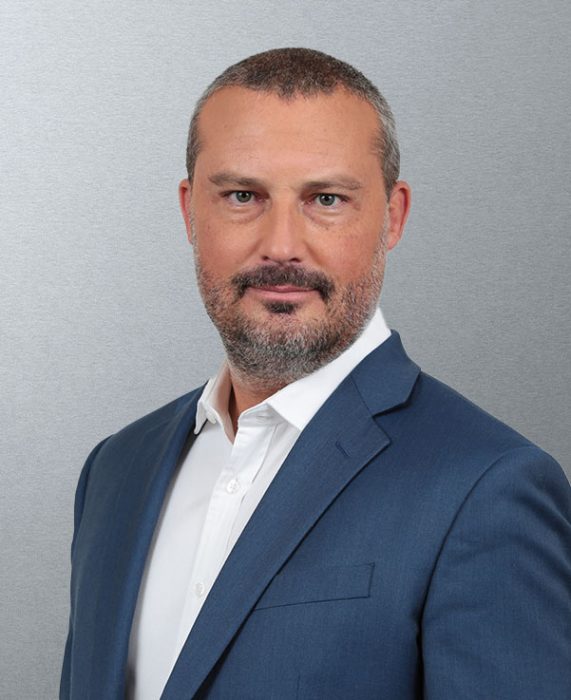 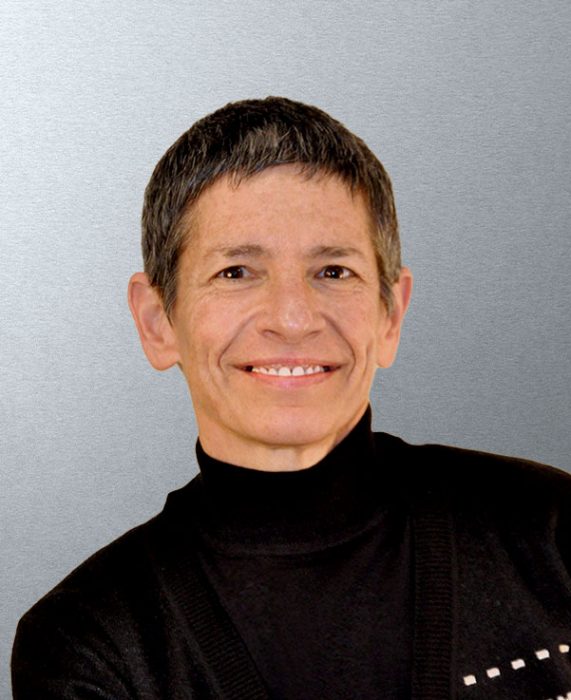 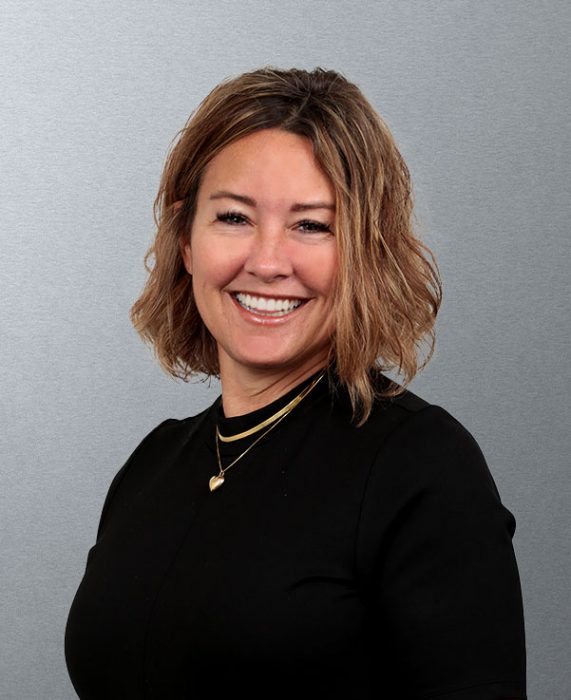 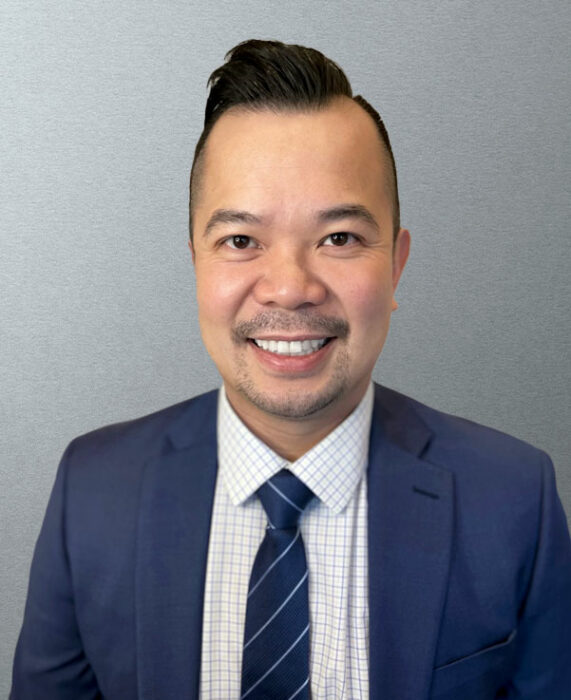 Executive VP of BD and Sales 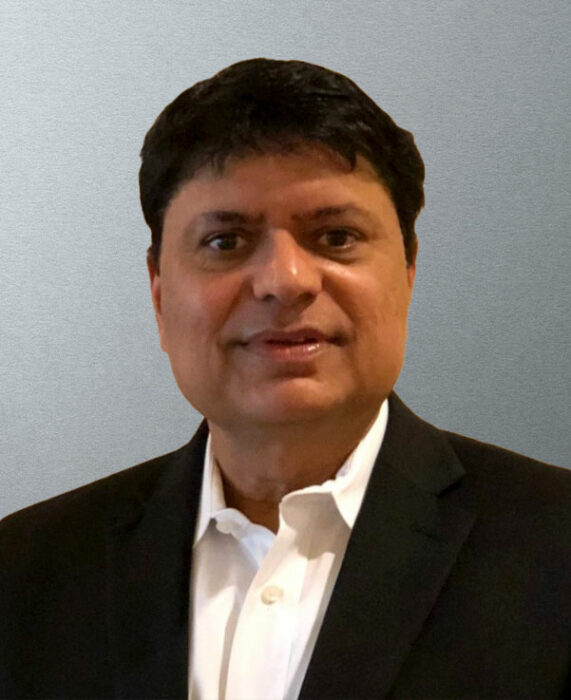 Patients with questions about an order, prescription, or medication, please call (866) 506-2174 and ask to speak to a pharmacist. 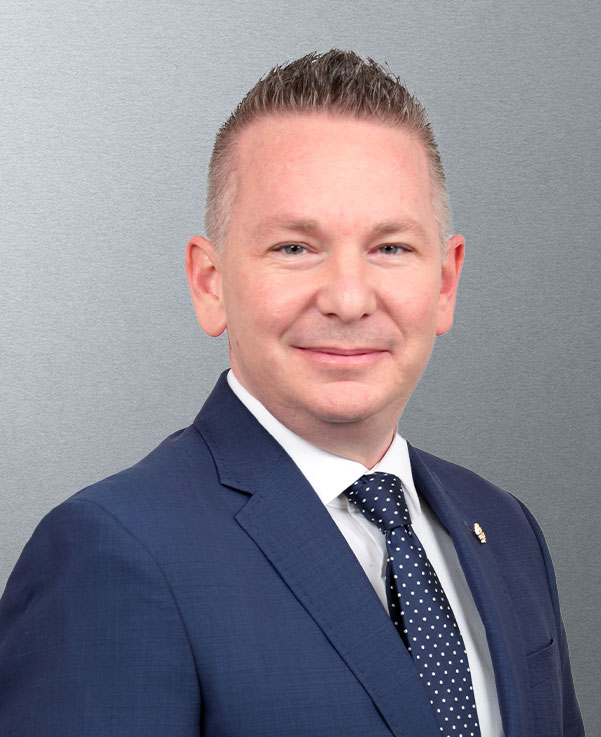 Kristopher Fishman brings over 18 years of industry experience and leadership to his role as President of Wells Pharmacy Network (WPN). Through his prior roles, he has amassed a wealth of experience in sales and operations, and has driven effective turnaround, process improvement, and enhanced management for several medical organizations. Kris joined Wells Pharmacy Network as Senior Vice President in February 2014, and was named President in August of 2018. While at WPN, he has established the company as a leader both in the 503A and 503B compounding spaces. Presently, he manages 10 departments and more than 150 employees, at Wells Pharmacy Networks three locations in the United States, with his primary focus on P&L and company growth.

Fishman has held roles as Area Operations Manager for the Southeast Region at Apria Healthcare, overseeing profit and loss operations for 32 branch locations. He also served as National Director of Operations & Sales and District Business Manager for the West Coast at Ottobock.

Throughout his career, Kris has established himself as a leading sales producer and refined his abilities to optimize diverse operations through the implementation of best practices (CGMP). He is also an expert in Six Sigma and Lean Management, and has significant knowledge and experience in USP General Chapters <795>, <797>, and <800>, that provide the standards pertaining to the production of non-sterile preparations, sterile preparations, and hazardous drugs for 503B outsourcers.

Mr. Fishman has a Bachelor’s of Science in Psychology from the California State University at San Marcos. A true family man, he has been married more than 20 years, and enjoys traveling with his four children. When not traveling to Wells Pharmacy Networks offices/pharmacies in Wellington, FL, Ocala, FL, and Dyersburg, TN, or to see clients around the country, he spends his downtime enjoying photography, surfing, and snowboarding. 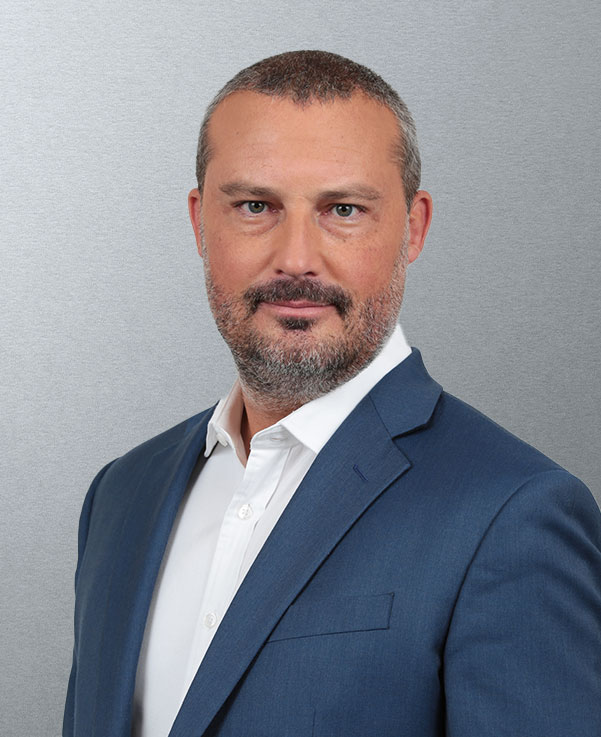 A 12-year veteran of the compounding industry, Mr. Ulbricht has spent the last 11 with Wells Pharmacy, serving as the Director of Inventory Control and Demand, and Director of Pharmacy before being named to his current position in 2018.

As Vice President of Operations, Ulbricht manages 8 direct reports, and more than 120 additional employees. He and his team plan, direct, coordinate, and oversee all operational activities for Wells, ensuring the development and implementation of efficient operations and cost-effective systems, to meet current and future organizational needs.

With 28 years of high-volume inventory management and systems experience, Ulbricht is also certified in Lean Six Sigma, and has been responsible for lean production at Wells Pharma in both sterile and non-sterile segments. He is a graduate of the University of Central Florida, and also has experience working with regulatory agencies including the FDA, BOP, and DEA.

Fun Fact: A competitive tennis player, Ulbricht has a USTA 4.0 Rating, and plays at the local, state, and national levels. 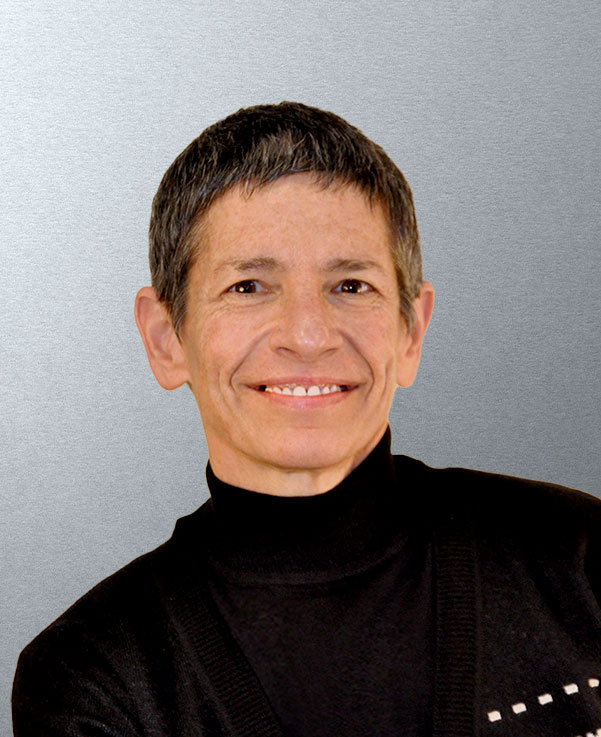 Dr. Saltiel received her medical degree from New York Medical College before completing her internal medicine residency at Brooke Army Medical Center in San Antonio, Texas and subsequently a cardiology fellowship at Walter Reed Army Medical Center in Washington, DC. She practiced cardiovascular medicine for 14 years in the Army, and her Army service culminated at Fort Gordon, Georgia where she served as the Chief of Cardiology and the Southeast Regional Consultant in Cardiovascular Disease. Following 20 years as an Interventional Cardiologist, she practices Preventive/Functional Cardiology, and Functional Medicine. Dr. Saltiel served as the Vice-President, Medical Affairs and Chief Medical Officer for Genova Diagnostics and is currently the Medical Director of Peak Health and Wellness in Asheville, NC. Dr. Saltiel has received multiple teaching awards and continues to teach and mentor physicians.

Dr. Saltiel has had extensive training in, and has written multiple white papers on, hormone health in both men and women. During 2020-2022, Dr. Saltiel served as a member of the CardioServe Research Panel of the American College of Cardiology and currently serves as a consultant for Precision Analytical, Wells Pharmacy Network, Calroy Health Sciences, and the Metabolic Code.

Dr. Saltiel has coauthored multiple hormone-related papers and has been a coauthor on abstracts presented at the 2021 and 2022 North American Menopause Society’s annual conference (NAMS). 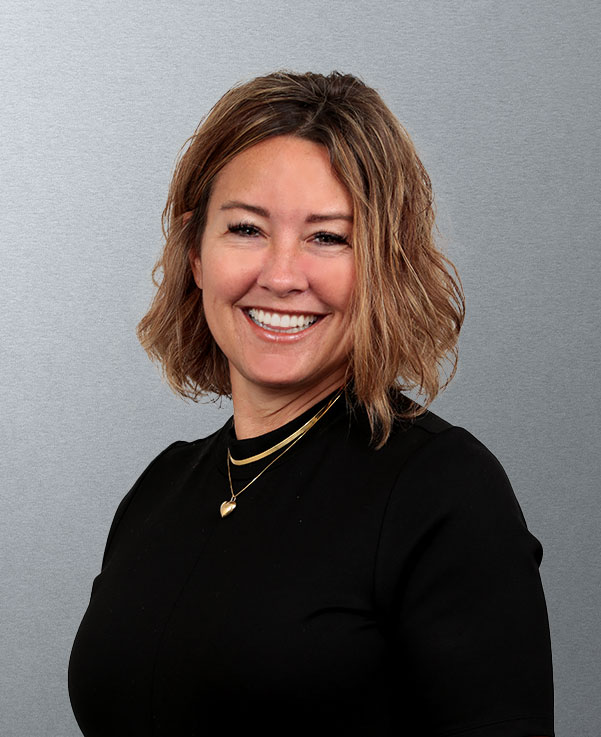 Haines has held a variety of positions throughout her 25-year career in healthcare, sales, and communications. She has significant experience, and enjoyed success in such areas as POP account management, digital marketing, pharmaceutical sales, and global marketing, before joining Wells Pharmacy Network in 2021. Haines attended the University of Iowa before graduating from Stephens College in Columbia, Missouri, and holds a Bachelor of Science degree in Television Broadcasting.

Fun Fact: A competitive gymnast for many years, she has performed in the Macy’s Day Parade, and was a cheerleader at the University of Iowa. Go Hawks!

Quote: “The bitterness of poor quality remains long after the sweetness of low price is forgotten.” – Unknown 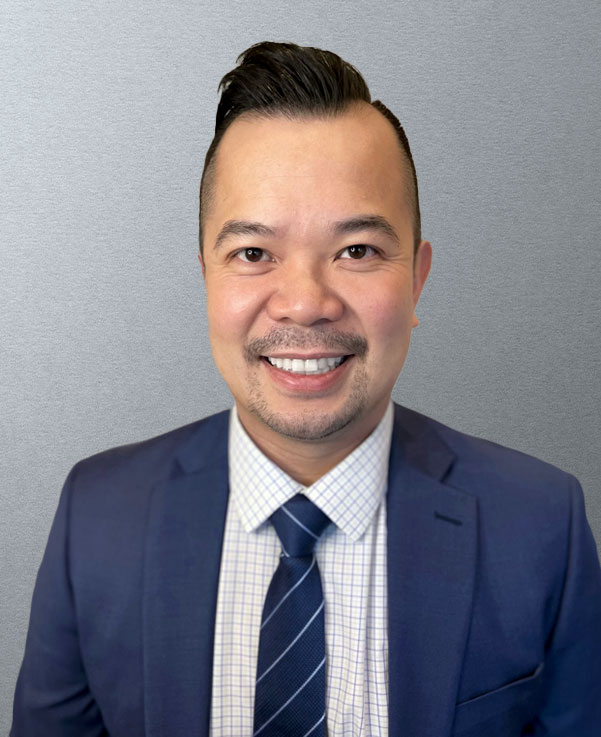 Hai Nguyen brings more than 20 years of pharmaceutical experience, mainly focused on compounding, online mail order, telemedicine, and specialty pharmacy. He has held various executive roles throughout his career, most recently as the Executive Vice President at LifeMD, LLC, where he spearheaded pharmacy strategy and operations. Hai developed his extensive and valuable business development, sales, and operational skills through co-founding and operating two of the nation’s leading compounding and online mail order pharmacies: Jungle Jim’s Pharmacy, where he served as President, and GoGoMeds, where he served as the Chief Operating Officer. He also serves as a board member and President of the Brain Injury Research Foundation, which is a non-profit foundation.

As Vice-President of Sales and business development, Hai manages and oversees Wells Pharmacy Network’s outside and inside sales. In addition, he collaborates with the executive team to develop business strategies, identify market trends, and develop industry partnerships. Hai completed his education at the University of Cincinnati, where he earned his Bachelor of Pharmacy and Doctor of Pharmacy. 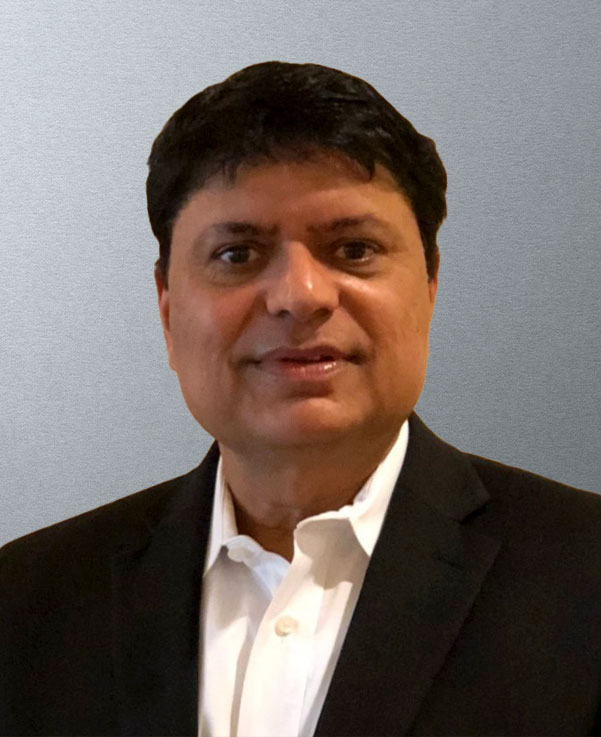 Vinay joined the Wells Pharmacy team in October 2022.  His extensive experience in scientific, regulatory and quality leadership in R&D, commercial operation, and post market surveillance is valuable to the growth of Wells Pharmacy enterprise.  Vinay has held positions of increasing responsibility within the cGxP environment and has hands-on experience with 503A and 503B compounding pharmacies.

Vinay works closely with the executive leadership team to develop and execute the corporate strategy, goals, and objectives.  In addition to overseeing quality systems and ensuring product quality and overall compliance with current applicable quality standards, he leads development of a quality culture that supports the company’s values of customer focus, integrity, collaboration, and innovation, while meeting the needs of the company’s stakeholders.  With a proven track record of delivering results in multi-site operational environments, Vinay emphasizes cross functional integration and supplier relationship management for timely product launches and sustained compliance.

He is the chief editor of GMP Compliance, Productivity and Quality: Achieving Synergy in Healthcare Manufacturing  written by 27 contributing authors across the industry published by CRC Press, Inc.  He has served as a board of directors and councilor of non-profit organizations.

Vinay holds a M.S. degree in Organic Chemistry with a specialization in synthetic drugs and a Ph.D. degree from M.S. University of Baroda, Baroda, India.

Vinay has been married for more than 25 years and enjoys traveling with wife and two daughters.  In addition to the U.S., he has lived in Canada, France, Mexico and India.  In his free time, Vinay enjoys  reading, learning about palm trees and camping with friends and family.